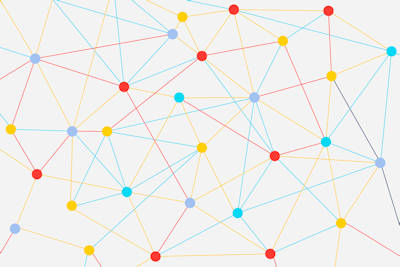 If you’re looking to develop a web application, you might be considering using serverless web development. This new technology allows you to avoid the costs and hassle of configuring large infrastructure. Moreover, serverless allows you to create a working prototype with minimal effort. This type of web development can also help you reduce your infrastructure costs by eliminating the need for upfront payments.

Another challenge of serverless web development is security. As with any application that involves code and infrastructure, serverless applications require special care to protect the data they store and process. Because of this, they require a shared responsibility model. This means that all parties must understand exactly what they’re responsible for and be able to detect vulnerabilities in advance.

Serverless applications also need constant monitoring of their health. Because these functions typically travel through a complex network of microservices, an error at one node can have ripple effects throughout the environment. For this reason, monitoring the performance of each function is critical to troubleshooting. Fortunately, there are some techniques developers can use to keep their applications in tip-top shape.

The serverless paradigm offers many benefits. It can help developers focus on the primary area of concern – coding – and removes many of the challenges associated with traditional web development. In addition, it can simplify the overall execution environment for developers. However, this new paradigm also has its downsides.

With serverless web development, you don’t need to purchase and maintain data centres or servers. With serverless, you only pay for the resources you use. It is easy to scale up or down your server resources, as your needs change. For example, you don’t need 1,000 servers for a small business; instead, you can scale up to 10,000 users with the same number of resources.

Another great benefit of serverless web development is flexibility. It allows teams to focus on elements that keep users satisfied. For example, the Climate Corporation uses serverless infrastructure to deliver a real-time view of how farm equipment is performing. This allows them to develop and launch new features and improve their operations without worrying about infrastructure.

Another benefit of serverless web development is that it allows for a faster development process. It has been said that the monthly cost of running an AI application was 30,000 USD at one point, but was reduced to 4,000 USD after only four months. This is because serverless removes the need for server management, which frees up developers to focus on developing the product. In addition, serverless reduces the time required to scale up or down an application. With this flexibility, developers can improve app development cycles and company operations.

Serverless web development benefits can be seen in companies of all sizes, including Netflix. They receive several files from publishers every day, which require sorting. These files are then encoded. The process can be automated using event-based triggers.

One of the greatest challenges of serverless architecture is vendor lock-in. A large portion of the cloud market is dominated by single vendors, so developers often have to write code for one platform in order to work on another. Because of this, migrating entire code bases to another vendor can be difficult or impossible. In addition, serverless architecture can be tricky to migrate once you’ve developed your application.

One solution to this problem is to use a serverless framework. A serverless framework can support multiple vendors, which provides both security and competitiveness. It can also be easily configured by separating the code into modules, and can easily be unit tested. Integration tests, however, are a little more complex and require access to the Internet.

Another benefit of serverless web development is that developers can deploy their applications in different environments. Typically, a development environment is replicated on a production server, but it’s possible to create separate environments for test and production development. This is especially useful when building acceptance tests or moving into production. In addition, serverless architecture encourages the use of microservices. This way, different teams can work on different parts of a project at the same time.

However, serverless web development doesn’t work without server management. This is because of vendor limitations. Some serverless services, such as AWS’s Lambda functions, can only run for five minutes at a time. It is important to be aware of these limitations when using serverless technology. This approach is geared for short bursts of predictable processing, and should not be used for long-running code.

Managing the security of serverless applications is a complicated process, but basic testing techniques can make all the difference. For example, developers must analyze function code to identify any business logic flaws, and perform extensive testing of the APIs and other components used in the application. This way, they can minimize the risk of side-channel attacks. Additionally, robust testing of authentication, permissions, and session management can identify vulnerabilities that could lead to user hijacking and denial-of-service attacks.

Serverless applications must also be secured by a dedicated security team. This is especially important if the application is deployed on a cloud platform. This type of web application requires security tools designed for this purpose. Since serverless functions typically run very quickly, many attack patterns rely on the persistence of the target system.

The first step is to secure the application layer. Serverless applications use third-party libraries and application dependencies. These libraries and components can become outdated or vulnerable. One example is the Equifax breach, which took advantage of a vulnerability in a dependent library. Luckily, there are serverless platforms that help developers secure their applications and keep them up-to-date.

Serverless applications are usually written in Python or JavaScript. Because these programming languages tend to have a high level of third-party packages, they can have vulnerabilities. The lack of security in serverless applications is a concern for many developers. The lack of centralized monitoring, logging, and a central database means that security can fall by the wayside.

One common security flaw in serverless applications is the exposure of sensitive data. As a result, the API used to query the database should only return the information needed by the application. This should not allow a malicious attacker to obtain sensitive data.

When implementing serverless web development, developers should be aware of how the architecture scales automatically. This can help to avoid spikes in usage or poor performance. Another advantage of serverless architecture is the ability to scale infinitely. The costs of server hardware and human resources do not need to be increased as the application scales.

An effective monitoring solution will help to understand how the serverless application is performing. The health of serverless applications is very important because the performance of individual functions can affect the entire environment. In addition, errors can occur at any node, causing ripple effects throughout the environment. Therefore, monitoring the performance of each function is vital to troubleshooting.

Although serverless web development is gaining popularity, it can be challenging to diagnose problems. Until it is widely used, it may be difficult to find proper documentation and community support. This can make serverless architecture difficult to implement. It requires proper structure design and optimization for maximum performance. In addition, developers need to pay special attention to scalability issues, such as ensuring that the serverless architecture has enough memory for all of its operations.

Early Serverless adopters have advocated the use of single-purpose FaaS functions. However, this approach is less performant than other transports. Moreover, HTTP APIs are slower than other transports. BaaS components have similar flows when communicating, so the higher the number of interactions between them, the higher the overall latency. Cold starts can be a significant factor in latency.

A serverless web application also requires a proper development workflow. Since serverless applications do not run on local infrastructure, developers must focus on writing better code. The code will be deployed into containers managed by the cloud service provider. In addition, the cloud service provider will handle routine infrastructure management, including capacity management, security, and system monitoring.